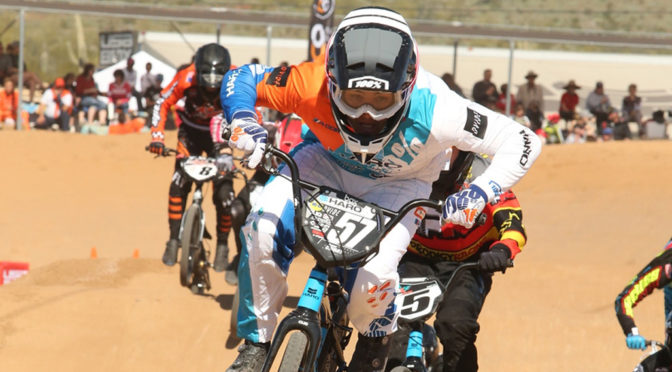 With both Bryce Batten and Kamren Larsen going Pro for 2018, we have given them a different look from the rest of the AM’s on the team with full 100% helmets and gear. The AM’s will be branded Answer Racing and Rockstar Energy.

Our plan for the year is to ease Bryce and Kamren into the Pro Elite ranks with an emphasis on the USA BMX circuit, a few select European rounds and qualifying and racing the UCI World Championships.

The team is honored to be able to represent Stephen Murray and to continue being a part of the Stay Strong family. Stephen is and has been an inspiration to all of us.

“2015 was a great year for the Dale Holmes Racing team, especially with both Dean and George putting in a solid year and ranking well in both the USABMX and UCI World Cup Series. Dani will be spending the year at the Olympic Training Center in 2016 to train alongside Team USA and to give her the best chance of qualifying and representing Team USA at the 2016 Olympics Games in Rio. The team has seen tremendous growth in both its after school program, Ride to End Obesity, and in its summer day camp, BMX Pro for a Week, offered through a partnership with the YMCA of San Diego County. We look forward to continued growth in all areas of the team both domestically and internationally and in having both Dean and George on the gate in Rio.”

The team will be owned and managed by Dale Holmes and will include 11-time National Champion and 2008 Olympian, Cristian Becerine, up-and-coming Australian 2013 Series Champion, Anthony Dean (pictured above), as well as US Amateur (17-18 Expert), Bryce Betts.