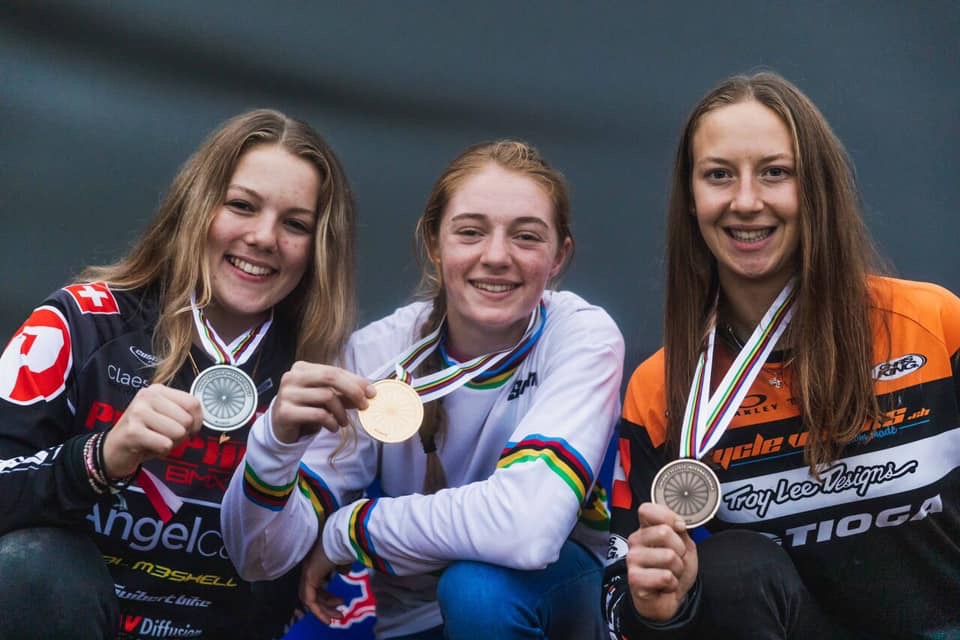 As we head into the USA BMX Grands later this month, which is also the final race of the year – it’s already been a fantastic year for Payton Ridenour. With her first year in the Junior Women’s class, Payton has been banging out National double wins all year and a solid 4th place at the UCI World Championships in Zolder. Last month, Payton became the first official UCI Red Bull Pump Track World Champion in Switzerland earning the coveted Rainbow jersey.