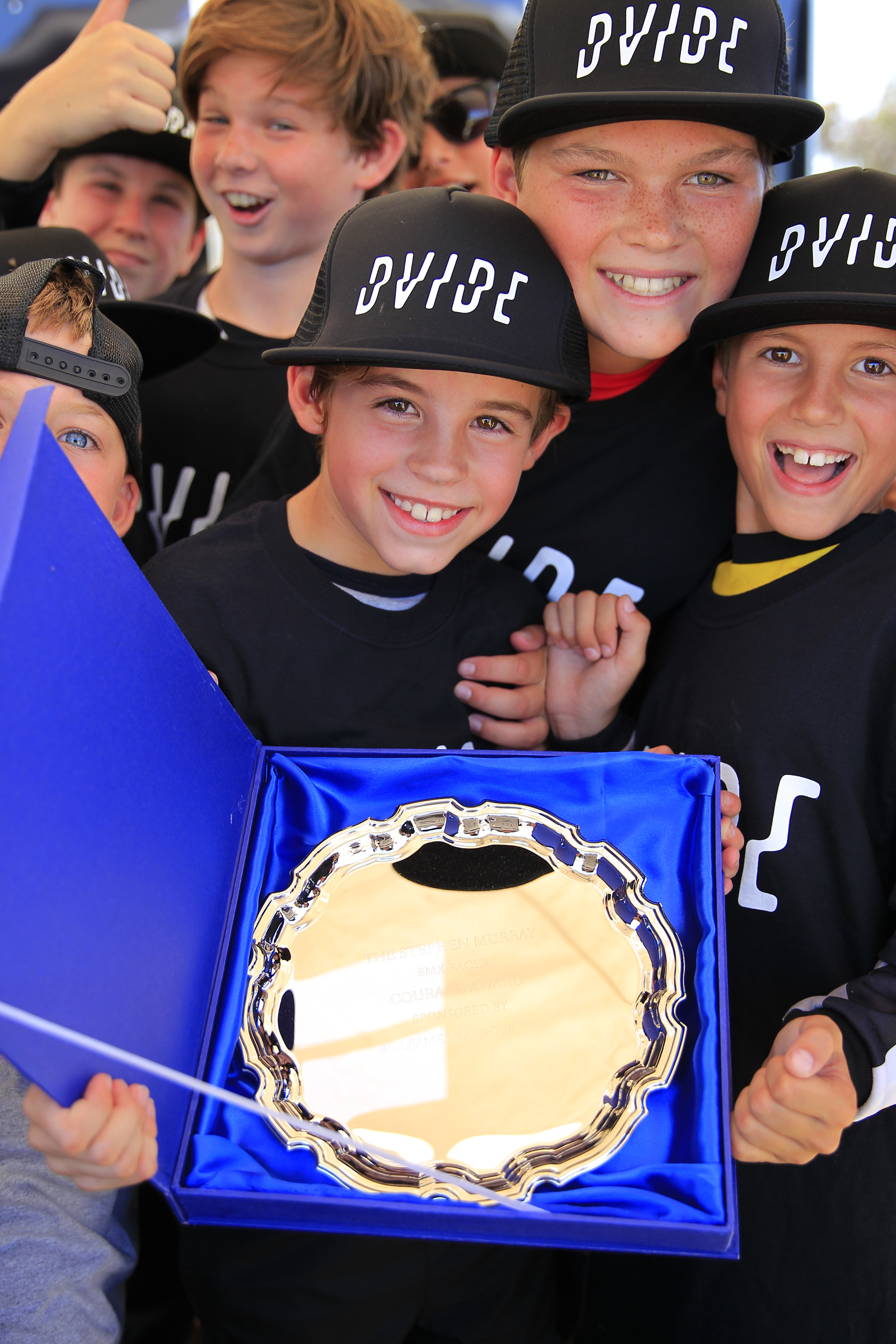 During our BMX Pro For A Week Summer Camp season, two of our good friends from the UK, Bill Barrowcliff and his son, James (from Trophy Specials), donate an annual award to one of our campers. The award is coined the Stephen Murray BMX Courage Award. Bill was one of the UK’s official starters in the 90s and James regularly battled with Stephen in their age group for many years. Through social media Bill and James have been able to connect with racing again and follow Stephen’s journey since his injury. Big thanks to Bill and James. We also got to plug in Dvide tees and hats for the last few weeks of camps and dial the kids in with some free swag and get this new project rolling.