The final stop on the USA BMX National Schedule for 2017, as always, goes down in Tulsa, Oklahoma for the Grand Nationals, which is marked as both the most traditional and Greatest Race on Earth.

Noah Ramos came into the Grands with some good momentum from the last few races in the highly competitive 16x and walked away from the weekend with a solid 3rd place at the Race of Champions and 4th at the Grands.

Colin Whittington has also had some good results in the latter part of the year but could not quite put anything together at the Grands. He still “repped” strong and hung out in the pits after his racing to support his teammates.

Payton Ridenour, always fighting for the win at any given race, took the Race of Champions win Friday night and backed it up with a 3rd at the Grands in Sunday night’s main event. Great year for the P-Nut.

Kamren Larsen has been almost unbeatable at the last few Nationals of the year with wins in Bakersfield & Reno and had plans to continue that into Tulsa. During training 3 weeks ago, Kamren crashed out breaking his shoulder. With rigorous rehab, Kam managed to put himself back together in time for the Grands. He took the win Friday but unfortunately went down battling for the coveted 2nd spot in Sunday’s main. He consistently gives it his all.

It was a great weekend and year and we look forward to sharing more information on our expansion of the US Junior Development program in the month ahead. We extend gratitude to all of our sponsors for their support this year as we head into the off-season. 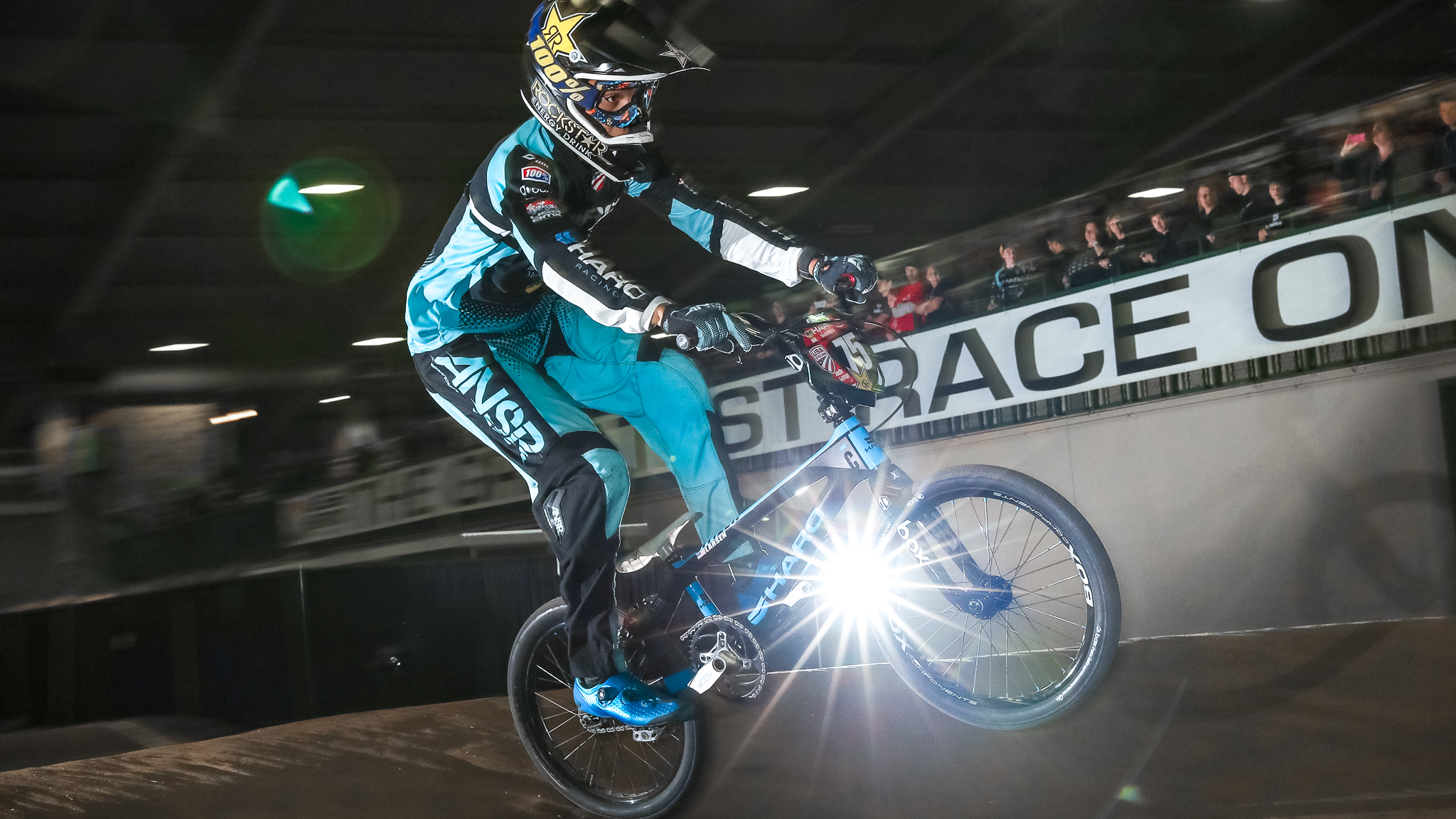