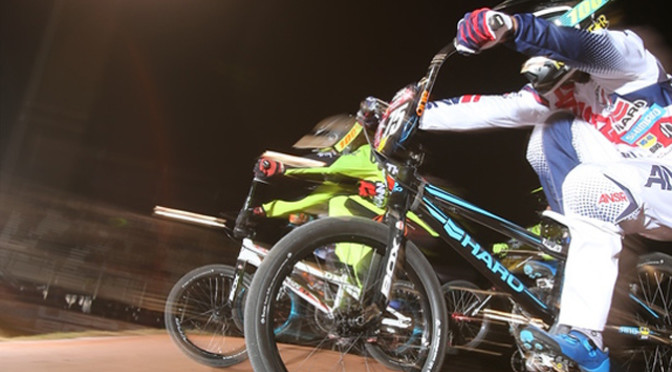 Over the weekend the USA BMX 2017 National Tour continued at the Novant Health Supercross facility in Rock Hill, South Carolina which will also host the UCI World Championships later this summer.

The full US Junior Development Team made the trip out to South Carolina, as not only National points were on offer but this event also doubled up as a World Championship qualifier for a lot of the riders. Noah Ramos, Kamren Larsen & Colin Whittington have all trained hard to build up to Rock Hill at their first official training camp at the Olympic Training Center last month. In addition to these guys, our Pennsylvania based rider, Payton Ridenour were all feeling confident going in.

Friday night marked the USA Cycling National Championships for Junior & Elites with not only Stars and Stripes on the line, but also for Kamren & Colin racing in the Junior category, there were two qualifying spots available for the World Championships. In short, they’d need a first or a second to put them in.

With three Moto total points for the title, Kamren was sitting pretty with two wins going into the 3rd round and it was looking like he was going to take the win – when a small mistake going into the last turn caused him to unclip and get bumped back to 6th. Still 1, 1, 6 was still good enough for 2nd overall and even though he missed out on the title, 2nd it was still good enough to confirm Kamren’s spot on Team USA later this summer.

Noah Ramos was racing 16 Boys Friday night and breezed through the long day of racing qualifying his spot for the World’s.

Noah Ramos was also on a mission taking a huge win in his class and a double dose of celebration was in order for Coach Arielle.

Kamren Larsen had some bad luck Saturday going down in qualifying and a trip to the medics with a few minor injuries. The best option was to sit out the rest of the weekend and rest up.

Colin Whittington didn’t fair in the results over the weekend but still came away with some good positives to work on during the next few weeks.

All in all, a very solid weekend for the Team with a big not of thanks to our new Coach, Arielle Martin-Verhaaren, Jamie Staff and Andrew Kramer for all of the support over the weekend. As we depart with 3 podiums, we’ve renewed our motivation and drive to press on. 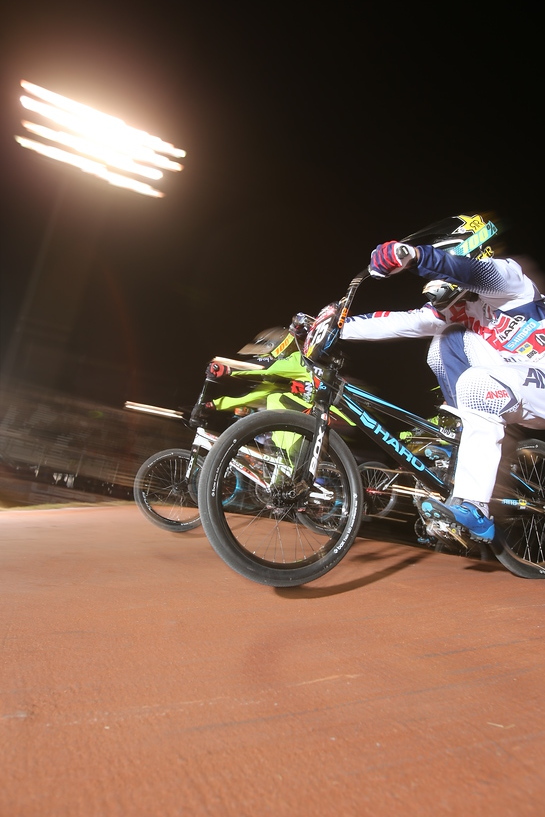