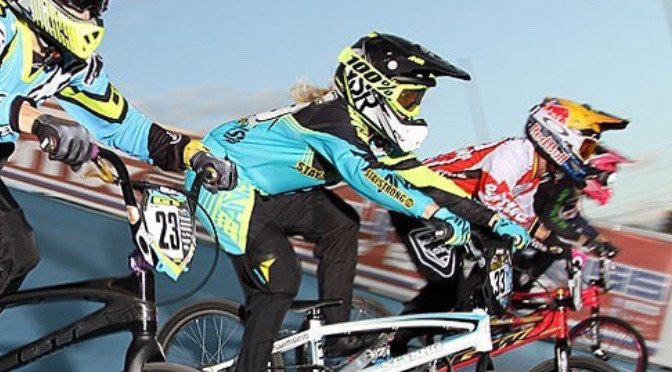 This past weekend, Dani George headed to Oldsmar, Florida for the Gator Nationals on the USA BMX National tour, which was also the first round of the year on the SX track with the big hill. Oldsmar’s schedule was 3 days of back-to-back racing, with National Points given on Friday, Saturday and Sunday, running as US National Championships for the US Elite Men and Women. All of the world’s best girls were in Oldsmar including the Olympic Champion, Mariana Pajon. So, it was a good gauge for Dani to see were she stacked up.

Even though Dani came short of a podium, she showed strong all 3 days and left Florida with some positives heading more into the season and building her form.

There’s a little break in the National race schedule now as both Dani and Anthony Dean get ready for the first World Cup in Argentina next month.