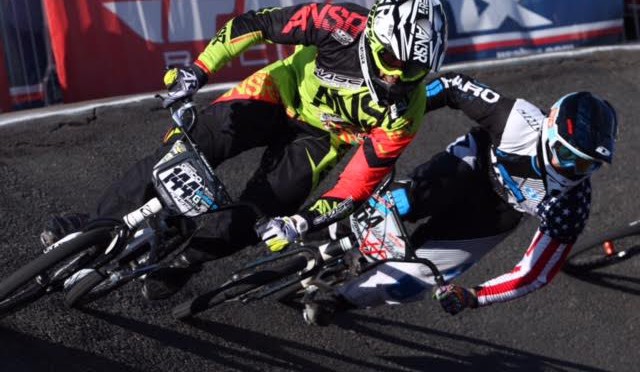 Solid weekend for the Team down in Chula Vista for the USA BMX North American Series on the Beijing SX track and DK Gold Cup West finals on the regular USA BMX, Chula Vista BMX National track both located at the noted Olympic Training Center.

Bryce Betts had a busy & successful weekend in Chula Vista. After winning Friday’s SX Open on the big hill, Bryce raced both Saturday & Sunday’s Gold Cup Finals and came in 2nd both days. On top of all of the racing, Bryce joined us at the USA BMX National Hall of Fame ceremony and dinner, where he was also reporting for BMXNews.com. All in all, a great weekend for Bryce and a big congratulations to our Sponsor and owner of Chase Bicycles, Christophe Leveque on being inducted to this year’s Hall of Fame – much-deserved.

Dani George rode consistent all weekend long but could not quite put it all together on either day’s final but still showed a good presence and is already preparing for next weekend’s race in Tampa, Florida.

Anthony Dean was feeling confident all week long going in to the race. On Friday, a slip up in the semi final (while in 3rd place through the rhythm section) cost him a place in the main but he was determind to make amends Saturday and he won laps early -taking the semi win and giving him lane choice and gate 1 for the final. Anthony, put in another strong first straight but unfortunately going into the first turn lost his back end causing him to lose speed and hit recovery mode for the rest of lap – leaving him on podium once again in 3rd place.

A great weekend for the Team — showing well and we hope to keep the momentum rolling as we head to The Gator Nationals this coming weekend in Tampa, Florida.

Big thanks to all of our sponsors for supporting the Team. Without you guys, this would not be possible and we extend our gratitude. 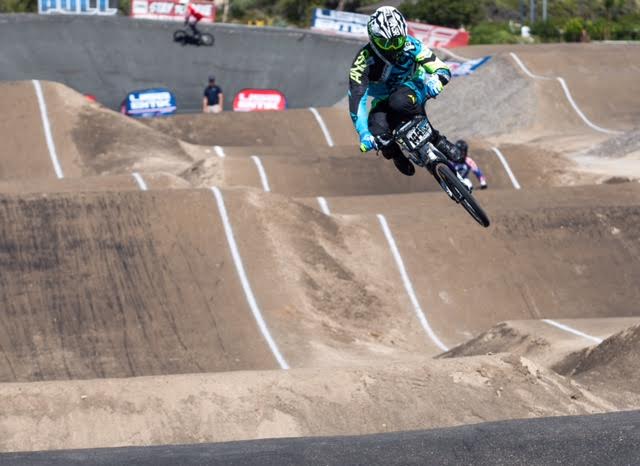